To share your memory on the wall of Lawrence J. \"Larry\" Flynn, sign in using one of the following options:

Provide comfort for the family by sending flowers or planting a tree in memory of Lawrence J. "Larry" Flynn

Provide comfort for the family by sending flowers or planting a tree in memory of Lawrence J. "Larry" Flynn

Larry is survived by his beloved wife of 63 years, Ruth M. (Gustafson) Flynn; his children, Michael Flynn, Lawrence Flynn, Jr., Gretchen Thibodeau, and Stephen Flynn; nine grandchildren; his siblings, Daniel Flynn, Dorothy Mastrovito, and Patricia Yeomans; as well as many nieces and nephews. Along with his parents, the late Daniel D. and Mary D. “Molly” (Wells) Flynn, he was predeceased by his brothers, Richard and Vincent Flynn.

Born in Worcester, raised and educated in Shrewsbury, Larry was a graduate of Major Howard W. Beal High School. At 22, he enlisted in the U.S. Navy during the Korean Conflict, serving his country proudly. Larry married his beloved Ruth on June 6, 1957 and they settled in Shrewsbury to raise their family. He then began his lengthy career as a salesman for the Parker-Danner Company, selling construction equipment for over two decades. In the late 1970’s, Larry founded his own company, Flynn Plumbing and Heating, which he owned and operated until retirement.

He will be remembered for his love of animals, his skillful nature when it came to fixing and building, and his enjoyment of real estate and antiques. Above all, Larry cherished his family the most.

Services and burial, with military honors, will be held privately for Larry’s family. The Britton-Shrewsbury Funeral Home is honored to be assisting with arrangements.
Read Less

Print
Services will be held privately.

We encourage you to share your most beloved memories of Lawrence J. "Larry" here, so that the family and other loved ones can always see it. You can upload cherished photographs, or share your favorite stories, and can even comment on those shared by others.

Posted Mar 12, 2021 at 11:03am
Larry was a strong minded person who did it his way. For those who joined the family, Tracy, Chris Ann, Kevin and I we were a part of his family and will remember him kindly. He fought until the end with dignity. I will always remember the last few weeks and how strong he held my hand, the sweet smile he would show when told him to be nice to the nurses, you just knew he was up to something. The wink he gave me when I was leaving one night. I will cherish those memories.
With love,
Dot
Comment Share
Share via:
AG

Posted Mar 12, 2021 at 09:39am
Larry was my plumber for many years. I will remember his smile and good humor. My condolences to his family.
Comment Share
Share via:
RO

Posted Mar 11, 2021 at 01:55pm
Dear cousins Ruth, Michael, Stephen and Gretchen,
I am so sorry for your loss. I will always remember fondly the times we had at your house. Cousin Larry could light up a room with his infectious smile. I know my dad loved him like a brother. May your memories bring you peace.
Love,
Becky
Comment Share
Share via: 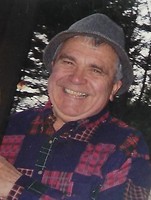