To share your memory on the wall of Andrew Hynes, sign in using one of the following options:

He leaves his adoring parents, Carl D. Hynes and his wife Lisa of West Barnstable, and Susan K. (Kuskoski) Johnson and her husband Robert of Millbury, a... Read More
Andrew E. “Andy” Hynes, 41, of Millbury, passed away on Tuesday, March 9, 2021.

He leaves his adoring parents, Carl D. Hynes and his wife Lisa of West Barnstable, and Susan K. (Kuskoski) Johnson and her husband Robert of Millbury, as well as his son Connor C. Hynes, who is being lovingly raised by his sister and best friend, Lilli H. Rodriguez and her husband Luis of Millbury. He also leaves his step-siblings, Robert, Eric, and Amy Johnson and his sister’s step-children, whom he cherished, Gianna, Sheyenne, and Amari Rodriguez; his Uncle Dave Perreault, Cousin Joe Perreault, Cousin Nick Casavant, Aunt Linda Smith; along with many friends and acquaintances.

Born in Southbridge, Andy was raised in Holland, MA. He completed most of his High School education at Tantasqua Regional HS. He attended and graduated from Leominster High School for his senior year in 1997. He was an outstanding cross country and track athlete, specializing in the high jump. Andy also attended UMASS Lowell, and studied Environmental Engineering.

He loved fishing, as much and as often as possible, and was a great fisherman. Andy loved watching and rooting for the Patriots and Red Sox, loved nature, animals, and his cat, Albertanameow, and, above all, loved his family the most.

Flowers are welcomed for the forthcoming services, and memorial donations in Andy’s name can be made to Second Chance Animal Shelter, 111 Young Road, P.O. Box 136, East Brookfield, MA 01515 (www.secondchanceanimals.org/donate/).

Services are being planned and will be published in the very near future. The Britton-Shrewsbury Funeral Home is honored to be assisting with arrangements.

Receive notifications about information and event scheduling for Andrew

Consider providing a gift of comfort for the family of Andrew Hynes by sending flowers.

We encourage you to share your most beloved memories of Andrew here, so that the family and other loved ones can always see it. You can upload cherished photographs, or share your favorite stories, and can even comment on those shared by others.

Posted Mar 29, 2021 at 10:58pm
My dear sweet brother-in-law. Yes, sweet, loving, caring, selfless and endearing. None of these phrases, words or endearments could ever express who you were as a person, brother, nephew, son or most importantly, Father. You made perhaps the most selfless decision a person could ever make in letting your son be raised by another man. I only hope to be as kind, sweet and selfless as you. I will raise your boy to be the best image of you as possible. Most people wouldn't believe the friendship we had, the love we had, or the commonalities we had, but I will never forget. You’ll go with me this day until my last. Always will I love you and never forget. I know you sit at the right hand of God, God willing I will sit there with you someday. Rest easy my brother.
Comment Share
Share via:
JW

Posted Mar 25, 2021 at 07:02am
Carl - I am so deeply sorry for your loss. My thoughts and prayers are with you and your family.
Comment Share
Share via:

Posted Mar 23, 2021 at 04:17pm
Please accept our most heartfelt sympathies for your loss... Our thoughts are with you and your family during this difficult time.

Posted Mar 23, 2021 at 04:08pm
Dear family, we are so sorry for you loss. My thoughts and prayers are with you. I have so many great memories of Andy and he will be missed by so many people. Adam Iannucci
Comment Share
Share via:
SB

Posted Mar 21, 2021 at 08:09pm
Dear Carl and family, We are so very sorry for your loss. Our thoughts are with you at this difficult time. Sincerely, Steve and Brooke Finnell
Comment Share
Share via: 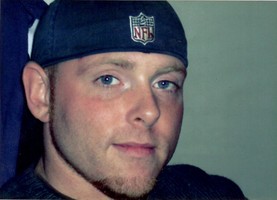 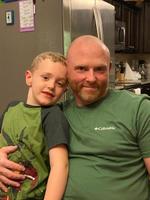 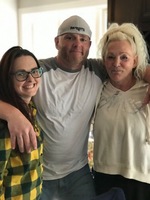