To share your memory on the wall of Richard Fairbanks, sign in using one of the following options:

Born, raised, and educated in Worcester, Richard was a graduate of Worcester Boys Trade High School, where he studied Cabinet Making. He went on to work for Clark University for over forty years before retiring in 2002. He also worked at the former Bethany Church.

Richard’s family would like to thank the staff at Salmon Hospice of Grafton and Milford, as well as the staff of Beaumont Rehabilitation in Northborough for their kind and compassionate care.

Relatives and friends are invited to visit with Mr. Fairbanks’ family between 10:30 AM and 12:30 PM on Wednesday, April 7, 2021 at the BRITTON-WALLACE FUNERAL HOME, 91 Central Street, Auburn, MA, followed by burial at Worcester County Memorial Park in Paxton.
Read Less

Receive notifications about information and event scheduling for Richard

Print
Masks and social distancing measures will be taken.

Consider providing a gift of comfort for the family of Richard Fairbanks by sending flowers.

We encourage you to share your most beloved memories of Richard here, so that the family and other loved ones can always see it. You can upload cherished photographs, or share your favorite stories, and can even comment on those shared by others.

Posted Apr 06, 2021 at 10:57pm
Fairbanks family so sorry for your lost. Working with Rich for almost 30 years was always a joyful experience.
Again so sorry JohnB
Comment Share
Share via: 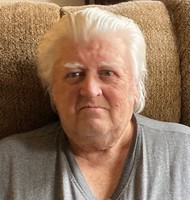